St. Alban’s Boys Sports Club was founded by Toronto Police Inspector W.H. (Bill) Bolton in 1949.  His vision was to provide a safe environment for youth through recreation.  The Club began with 25 boys in the basement of St. Alban’s Parish Hall. 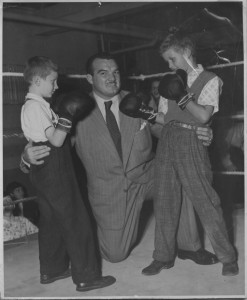 During the late fifties, the Club’s membership expanded to 300 boys and beyond the capacity of the parish hall. The board, members and staff contributed substantially towards the cost of a new building and, with land donation by the City of Toronto, the construction began.  On October 17, 1961, George Vanier, the Governor General of Canada at the time, officially opened the new Club at 843 Palmerston Avenue.  That same year, St. Alban’s was accepted as a member agency of the United Way of Greater Toronto. Although girls had been a part of the club since 1960, it was not until 1978 that that Club was renamed St. Alban’s Boys and Girls Club. 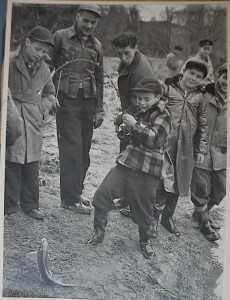 In 1999, St. Alban’s merged with Jane and Finch Boys and Girls Club, which allowed for stability, growth and consistent approaches for each Club.  With this successful outreach model we continued to grow to offer much needed children and youth programs in nineteen locations in the Jane and Finch, Weston-Mount Dennis, Lawrence Heights and Bathurst and Dupont communities.

In 2013, the Club opened our next generation building project – The Jane and Finch Boys and Girls Club Youth Centre.

History of Boys and Girls Clubs of Canada

Boys and Girls Clubs of Canada is part of a global movement dedicated to helping young people grow into healthy, confident, contributing adults.

The first established Boys Clubs originated in the eastern United States in the late 1860s. At the same time, a similar movement was beginning in Great Britain. The first use of the name “Boys’ Club” was in New Haven, Connecticut to identify a reading room and coffee shop for street youth.

In Canada, Boys and Girls Clubs’ proud heritage of service to youth began in Saint John, New Brunswick. There, in 1900 a group of concerned local citizens set up a “public playground movement” to provide a safe place to play for children – particularly boys from disadvantaged circumstances, with no place to go after school but the streets. The “Every Day Club”, originally established as a winter location for the Playground Association, later became known as the East End Boys’ Club and later The East End Boys Club of Saint John, the first “Boys Club” in Canada.

The Club’s original mission was “to give youth a chance to have some recreation and to see beyond the confines of their immediate situation.” Since those days, “Boys Clubs” have become Boys and Girls Clubs and have spread across the country through grassroots initiatives similar to the one in Saint John.

Boys and Girls Clubs of Canada, the national body representing more than 30 member Clubs at the time, was established in 1929 by Vernon McAdam, the first National Executive Director, and in 1948 received its official charter as a national, non-profit organization from parliament as the Boys’ Clubs of Canada. In 1974, the name changed to “Boys and Girls Clubs of Canada” to reflect that Club services across Canada were also accessible to a growing number of young girls who had been participating in Club programs for many years.

Throughout our more than 100-year history, Boys and Girls Clubs in Canada have provided safe, caring environments and stimulating programs for close to 3 million young Canadians. Our Clubs have helped youth, ranging in age from pre-school to young adulthood, to play, learn and develop skills to help them achieve their full potential and grow up to be healthy, successful and active participants in society.

Clubs reach young people, particularly those living in disadvantaged communities, in purpose built facilities, community centres and non-traditional settings such as shopping malls, schools, homeless shelters, group homes and on the streets. Our organization is known for developing programs that respond to the individual needs of the children in each community.

Boys and Girls Clubs are dedicated to ensuring that young people are given every opportunity to develop to their fullest potential. It is our goal that every youth grow up equipped to meet the challenges of leading and building this country in the 21st century.

Our most recent blog posts